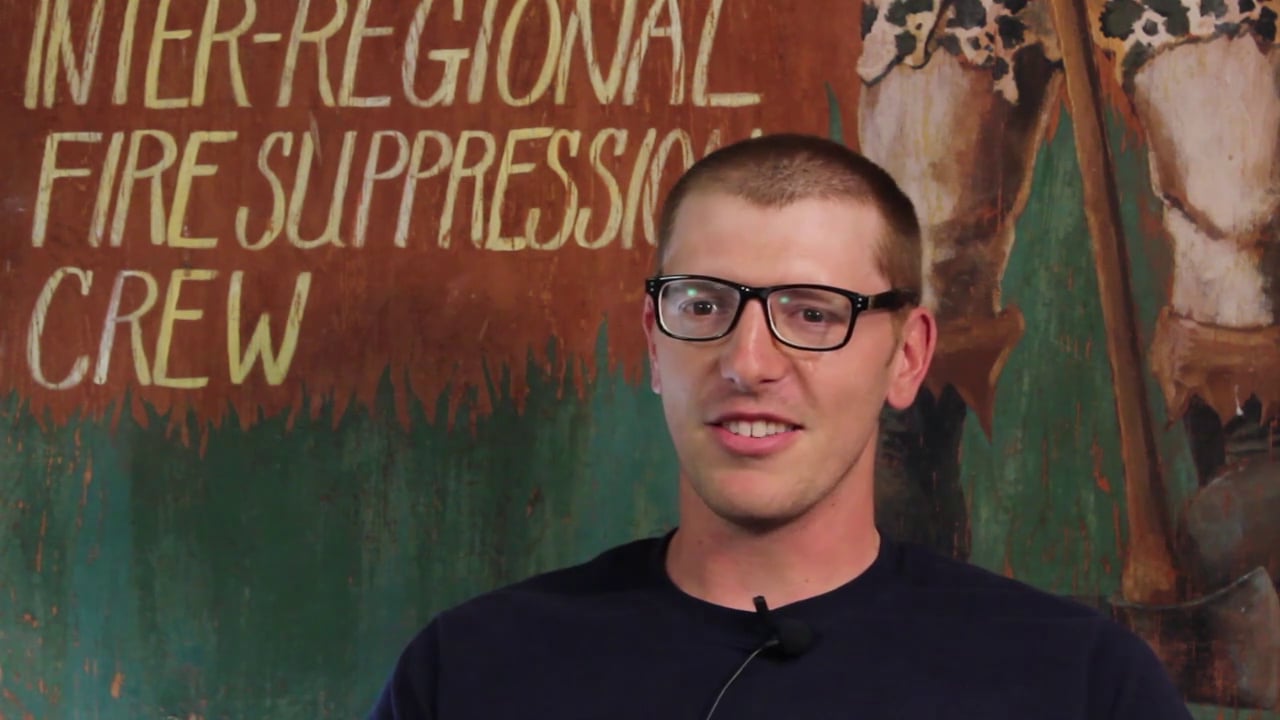 Dan Pickard, a Hotshot Squad Leader, talks about his career and his favorite thing about being a Hotshot and about fighting fire. Interviewed: 05/2014

How does Dan view the role of fire in the environment?

“Of course it’s a natural process. Before we were ever here—and even when we were here—we had to learn to live with it. So, you know, I feel like there are ten year floods, one hundred year floods, and thousand year floods. Maybe those thousand year floods are the most severe.  I kind of feel that fire follows that same progression, naturally, if we weren’t messing around with it as much—where every five years there’d be these clean under-burns. And then there’s going to be those drought years, even in natural conditions—without human interaction—where there is going to be an extreme fire on its own that would change the landscape.

So, I feel like it is a natural process and we’ve kind of, over the last hundred years, messed with it a little bit and now we’re seeing some of the consequences because of it.  On top of that, whether it be natural or human caused, accelerating global warming—it’s definitely playing a factor in what we’re seeing, year-to-year now.  With the seasons being longer then they use to be; fires being a lot bigger then they use to be.  You don’t think of things in the natural landscape changing that quickly over time, but we’re actually seeing a change in our lifetime…”